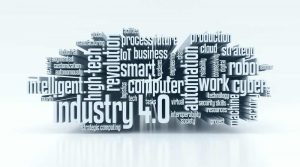 The fourth Industrial Revolution (4IR) is a popular term that has been around for a few years and appears to have dominated the ‘buzzword cloud’ in the early months of the last few years. Firstly, it is a reference to the profound changes we are experiencing in business and society as a result of rapid advances in technology.

But why use the term industrial, when this is only a subset of areas where we are witnessing seismic shifts? My guess is that this is really just a derivative from the more established, Industry 4.0 (I4.0) moniker.

However, I4.0 is a conceptual term originated by the German government to capture technological advances in respect of manufacturing, notably the incorporation of AI and IoT.

The inventor and promoter of 41R, Klaus Schwab, is a German engineer who is perhaps best known as being the founder and executive chairman of the World Economic Forum (WEF).

The high point in the WEF calendar is the gathering of world leaders and famous people in Davos in January. This explains how 4IR seems to peak at this time of year.

The party is over

My reason for writing this blog post is not to pick holes in the notion of 4IR, nor to suggest that this is part of some German soft-power play, and nor even to suggest that blockchain is not a core competence of being a celebrity. 4IR is an important concept, particularly as there is an ever pressing need to inform the global populace, particularly in the developed world, that the ‘party is over’ and that we all need to understand what lies ahead and how we should adapt accordingly. In this respect 4IR is a valuable meme.

My concern is that 4IR doesn’t quite capture the extent of the changes that lie ahead. Nor does it explain what is driving them.

Thus, if it becomes the basis of education and reform, as it likely will, given the influence of Davos, it will not lead to the necessary changes in business and society to maintain / improve economic prosperity across the globe.

Covid-19 has given everyone a taste of . Business models on life-support are now slipping away. Some industries might not survive this disruption. Throwing AI, blockchain and IoT at industrial era organisations built upon factory principles won’t cut it. A faster, smarter, cheaper Titanic is still a Titantic. And even an iceberg-aware Titanic is no match for air travel. And as we are witnessing, air travel is no match for Covid-19.

4IR sets the bar too low.

Firstly, let’s look at what the 4 in 4IR is referring to:

This breakdown is useful and does capture the world as it is evolving today. The problem I have is partly with the term ‘industrial’ and partly with its tech-centric perspective. Even if I generously interpret the term industrial as referring to society as a whole as opposed to industry, it still doesn’t sit well.

The industrial era is characterised by economic certainty and process engineering.

We built car factories knowing that people would need cars sufficiently far into the future that we could justify the capital expenditure and eventually make a healthy profit. The world is now much too volatile to make such capital investments.

Admittedly Elon Musk is convincing lots of people that there is sufficient certainty to be in the car business, but I don’t think that is his end game.

The industrial era emphasis on process is giving way to a focus today on innovation. Process is important, but such is the increasingly short lifespans of products and business models that overly focusing on process and order will threaten an organisation’s ability to out innovate competitors and adapt to a rapidly changing market.

The world we are moving into is one that is increasingly eschewing the industrial model.

Thus, using the term industrial suggests that this point has been missed.

Being a process cog is not for me

In fact, it is humans who are driving the collapse of the industrial model. We no longer want to be process cogs in the factory machine doing meaningless work as specified by the operations manual.

Many people are realising that this dehumanisation is self-induced.

The only reason we are doing this process work, and I am including professional people here too, is that we need to fund a lifestyle that requires us to impress people we don’t even particularly like.

Smart organisations are increasingly recognising this, as are smart people, and are genuinely putting humans (and their creative cognitive capacity) at the centre of the organisation. Some are even using AI, IoT and robotics to augment their people to boost their innovation velocity. So whilst the technology is hitting new heights in capability, I believe this is a human revolution.

My take on the revolutions has some overlap with 4IR:

4IR depicts the digital age as the third period. I believe it is the fourth. But more importantly, we are entering a post-industrial era where process, certainty and centrality of leadership are replaced by innovation, uncertainty and decentralised leadership.

Whilst the 4IR model is accurate in how it describes the emerging period, I sense that this understanding is superficial. In essence it implies that we are about to experience the ‘same ole’ just faster with a little bit of human-tech convergence. For that reason, I believe that the ‘industrial’ reference is not helpful.

Daily, I hear business leaders talking about digitisation / digitalisation, as if they simply need to make their current ‘factory’ faster or smarter, rather than contemplating that they need to prepare for the collapse of their factory once the Grim (Digital) Reaper has paid them a visit.

The thinking required to enable us to thrive in this digital age needs to assume greater uncertainty than 4IR suggests. This equally applies to societal leaders as well as business leaders.

Metaphorically, I believe 4IR is conditioning us to think that there are stormy times ahead.

I am running around shouting that it’s not just a storm but an incoming tsunami. I suspect that I won’t make much impact on the Davos agenda, but I’ll keep trying!

Disruption has come to save you