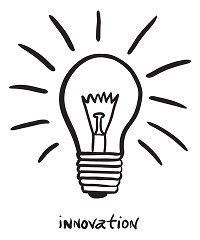 Many organisations are process-oriented. Their service delivery is industrialised and whether it is a factory or an office the people are more often than not organic cogs. Such organisations are selling efficiency and ultimately are judged on cost.

Of course as the market opens up to the wider world, the cost play becomes a race to the bottom. In turn many process players have latched onto a concept called innovation. This is dangerous.

It is all well and good for the leadership team to come up with an innovation-doused vision. But problems arise when the vision meets the management structure / employees. These have been engineered to believe that creativity is nothing more than a misfiring process in need of repair. And no amount of lateral thinking and thought shower workshops is going to change that. In any case nobody wants a bank manager with the customer-orientation of Steve Jobs.

So don’t tinker with the existing model. It’s days are numbered, but the number might be quite high.

It is better to create a version 2.0 of the organisation where innovation is at the heart of the organisation. As version 1.0 declines, 2.0 rises. Possibly some of the 1.0 talent might be salvageable despite the baggage of their education and career to date.

The transition to the digital economy is going to be hard for both organisations and people.

Click here to learn more about the Intelligent Leadership Hub.

Cost – Risk – Benefit Security versus vulnerability in the digital era

This website uses cookies to improve your experience while you navigate through the website. Out of these, the cookies that are categorized as necessary are stored on your browser as they are essential for the working of basic functionalities of the website. We also use third-party cookies that help us analyze and understand how you use this website. These cookies will be stored in your browser only with your consent. You also have the option to opt-out of these cookies. But opting out of some of these cookies may affect your browsing experience.
Necessary Always Enabled
Necessary cookies are absolutely essential for the website to function properly. These cookies ensure basic functionalities and security features of the website, anonymously.
Functional
Functional cookies help to perform certain functionalities like sharing the content of the website on social media platforms, collect feedbacks, and other third-party features.
Performance
Performance cookies are used to understand and analyze the key performance indexes of the website which helps in delivering a better user experience for the visitors.
Analytics
Analytical cookies are used to understand how visitors interact with the website. These cookies help provide information on metrics the number of visitors, bounce rate, traffic source, etc.
Advertisement
Advertisement cookies are used to provide visitors with relevant ads and marketing campaigns. These cookies track visitors across websites and collect information to provide customized ads.
Others
Other uncategorized cookies are those that are being analyzed and have not been classified into a category as yet.
SAVE & ACCEPT