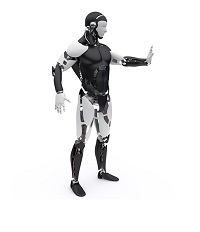 Some might call this an anthropological step change. Homo sapiens is becoming Homo extensis (augmented man). This new you will come with a comet’s tail of data. Your movements, your vital signals and your attention will create a continuous stream of valuable data. If you haven’t realised it yet, personal data is the currency of the digital economy. Your ability to garner attention (eg, rock star, Olympian, intern) will determine the extent of your ‘quantified’ wealth.

This is perhaps great news, but we might reflect on:

We are already augmented. If you don’t believe it. Go off to work tomorrow naked, without using transportation, and see how far you get.

It is generally understood that the egg came before the chicken. The layer of that egg being chicken-like, but not one hundred per cent chicken (fast food outlets take note). I believe the issue is similar for parents of digital natives.

Our children are like us, but fundamentally they are different. In terms of parenting, we are in uncharted territory.

There is no playbook.

But maybe one day there will be a user manual.

My name is Ade McCormack. My mission is to help organisations and people thrive in the digital age. My perspectives have been shaped by a very unconventional career at the sharp end of business and new technology.

Is your organisation digital age ready?

Be ready for the digital age

Be ready for the digital age